Life Changes and How They Correspond With Your Taxes 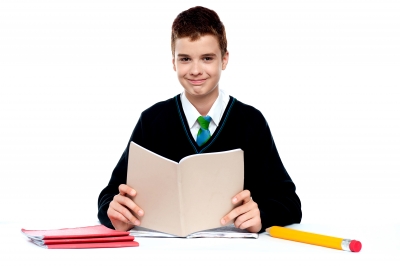 Special Thanks to FreeDIgitalPhotos.net and stockimages for the wonderful free to use photos!
This week's blog starts a series of blog posts on how you progress through life and the changes it makes to your tax situations.  Each week, our goal is to show how much more complicated your tax life is as you grow older.  I anticipate that each week's post will get longer as life gets more complicated.  This week we focus on a young teenager just starting out with their first job!
One of the most overlooked group of taxpayers are teenagers.  For years parents have always told their young working children they should write "EXEMPT" on their forms when they get their first job as they won't be working much.  I believe this can be a huge mistake.  In this day and age a teenager who goes to highschool and works is very likely to work just as many hours as they law allows and in some cases more.  Why?  Teenagers today are saving for college, looking to buy a car, or in some cases must work to help support the family.
Let's look at our motivated teenager in a couple of different tax situations in order to show the differences of using "Exempt" vs having tax withheld.
Senario 1:
Our teenager gets their first job in the middle of the year around June or July, they are making minimum wage and only working about 10 hours a week.  Their before tax pay is approximately $75-$80 a week.  This leads to them making about $1800-$1900 for the part year.  This is a case where using "Exempt" would be reasonable.  They would not have a filing requirement because their pay is way below the threshold.  There is one issue, if they don't change the W4 for the next year and they either work more hours, get a raise or work a 2nd job they could end up owing taxing in a furture year!  No teenager should be introduced to the Tax Man that way!
Senario 2:
Our teenager gets their first job at the beginning of the year, they are making minimum wage but are now working 20 hours a week.  Their before tax pay is approximately $145-$165 a week. This leads to them making $7500-$8000 for the year.  Now this teenager has a filing requirement! Their parents will still claim them on their return but the teenager needs to file a return on their own income.  The hitch to this is that our poor teenager doesn't get to take an exemption on their return for themself as the parent have taken it on their return.
Had our teenager filed the W4 form with the word "Exempt" a tax bill would be due the IRS as no income tax was taken from the earnings!
Had our teenager filed the form W4 with either a "0" or a "1" in the total exemption section they would either break even, or get a refund.
If a teenager in highschool gets a tax bill most will not have the money to pay the IRS.  Some parents are fine with paying the tax due for their child while others are struggling themselves and do not have the resources.
Which way would you like your children to learn about the IRS and the "Tax Man"?  I have always coached my children to claim "0" NOT "Exempt".  This way I can discuss the reason for the taxes coming out of their income and when it comes tax time, explain how the IRS calculates their tax liability.  Explaining tax liability, and the reason you pay tax through your wages seems easier then explaining that a part of the government requires you to send them money because you worked.  Plus this was a great way for them to learn how to save!  Their refunds were always direct deposited in the bank where it was harder for them to get to it every time they wanted something.  It gave my children time to think the purchases through before actually making them.
There are always additional factors that can change the outcome of any return.  See a knowledgeable tax professional before filling out any new employment paperwork!
Excel Tax and Consulting Services
1324 1st. Ave. N.
Denison, IA 51442
712-263-8032
facebook.com/exceliowa

Oops, you forgot something.

The words you entered did not match the given text. Please try again.